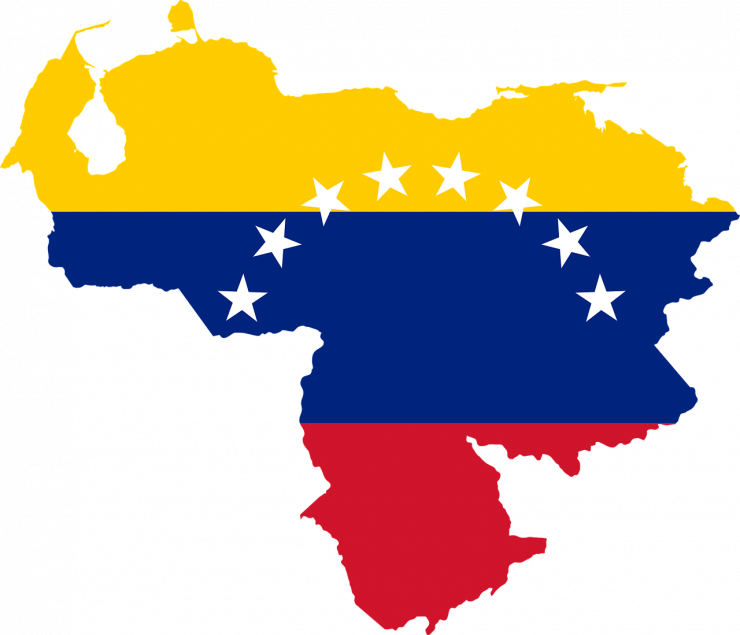 Venezuela sits on the world’s largest proven oil reserves, estimated to be around 297.6 billion barrels. It is clear as day that Venezuela must be making a fortune out of the world’s most traded commodity. However, black gold has become the protagonist for the current catastrophe surrounding Venezuela and charted out the Venezuela crisis timeline.

Today, the Latin American nation suffers from an inflation rate as high as 2600%! Its 30 million inhabitants are on the brink of collapse – financially and physically. Even though the country’s minimum wage has seen an increment 21 times since Nicolás Maduro took the President’s office in 2013, people in Venezuela are still struggling to purchase basic food and supplies, day-to-day commodities. The whole country is in the grip of crime and violence.

2016 saw the killings of some 27,500 people – an all-time high crime rate, according to a report by the autonomous group, the Venezuelan Violence Observatory. With all that’s been going on in the country, it is hard to believe that Venezuela was a happy country once, a famous tourist destination and one of the richest countries in the world.

Read on to know what shaped the Venezuela crisis timeline!

The Good Times – A thing of past

In 1950, while World War II was still taking its toll on the world’s economy, Venezuela possessed the fourth-richest GDP per capita. The country was twice as rich as Chile, four times richer than Japan, and well, 12 times richer than China! Though the period of 1950 to the early 1980s saw a very steady growth rate for the Venezuelan economy even in 1982, Venezuela had the richest economy in Latin America. The country used its vast oil wealth to pay for social programs and subsidized almost everything including health care, education, transport, and food. Workers in Venezuela were among the highest paid in the region.

The good times in Venezuela were short-lived, which people enjoyed to its fullest. As per the reportage by The New York Times, Venezuelans taking empty suitcases to Miami and bringing back purchases from weekend shopping sprees; Caracas’ residents effortlessly bypassed an antipollution ordinance formulated to check the use of the family car one day a week, based on the last number of its license plate and, “They would simply buy a second car for use that day!”

Early signs of development of the crisis

The first Venezuelan oilfield came into existence on April 15th, 1914, with the completion of the Zumaque-I (now called MG-I) oil well. With this major discovery, the oil age started in Venezuela. Firstly, Royal Dutch Shell and then Rockefeller’s Standard Oil became major oil producers in the country. By the year 1929, the Venezuelan oil industry started to overtake all the other financial segments in the nation. Above all, agricultural production started to diminish dramatically. Neglect of the agricultural sector exposed the Venezuelan economy to the experiences of phenomena, known as the Dutch Disease. (The Dutch Disease refers to “the phenomenon wherein countries that are rich in natural resources witness uneven growth across sectors”)

Farming embodied around 33% of financial contribution in the 1920s, however by the 1950s this fraction had drastically diminished to one-tenth. This sudden augmentation in oil production limited Venezuela’s overall capability to survive different industries.

In the year 1943, Venezuela reformed its oil policy with the Hydrocarbon Act. The act dictated that the foreign companies operating in Venezuela could not make larger profits from oil than they paid to the government.

The contemporary government had disregarded genuine social issues, including education, health, infrastructure, agriculture, and domestic industries, making Venezuela fall behind the other industrialized nations by a large margin.

While the indifference to other important segments of the industry continued, the Latin American nation was hit by the second and third Dutch disease, somewhere in the mid-1980s and 2000, respectively. This broke the back of Venezuelan economy, forcing the country deeper into debt.

President Maduro approved the production of more currency to counter the oil price decline, resulting in inflation as high as 700% of what the inflation rate was in 2014. Last year, PDVSA couldn’t even complete the payment for exporting oil through international water, which dictates safety inspections and cleaning under maritime law, leaving a convoy of tankers beached in the Caribbean Sea.

OPEC cut back oil production in 2017 to boost the price of oil after 2014 collapse, but now the unplanned drop in Venezuela’s oil production and recently imposed US sanctions on Iran has caused a shortage of oil in the market.

Read about the tussle between US and OPEC

Venezuelan presidents, Hugo Chávez and Nicolás Maduro’s socialist approach has been believed to seriously impede the oil and gas sector of Venezuela. The Chávez government, after being elected in 1999, used PDVSA resources to fund social programs, handling the organization like a personal savings account. Chávez’s social policies resulted in overspending, that caused scarcities all around in Venezuela and permitted the inflation rate to grow to one of the highest rates in the world.

A look at prevailing economic conditions

Venezuela’s dependence on the black gold for funding both welfare programs and payment towards some $60 billion of outstanding bonds is terrifyingly high. In 2008, crude oil produced in Venezuela was the tenth-highest in the world at 2,394,020 barrels per day. However, this figure changed to some 1.955 million bpd in October 2018, according to OPEC.

With this pace, the GDP of Venezuela, which mostly depends on oil, is projected to contract by double digits for the third consecutive year. Economic productivity in Venezuela fell by 16% in 2016, 14% in 2017, and is expected to drop by 15% this year. Meanwhile, inflation in Venezuela will most likely touch the five-digit number by the end of 2018.

Almost two decades of socialist government, during which food and oil production has plunged amidst negligible attention to the management of nations’ resources and a drop in world crude prices, Venezuelans have been forced into desperation and bloody civil turmoil. The minimum wage for public employees in the country is less than $7/month at the black market exchange rate. Food has become increasingly hard to find or afford. Poor Venezuelans scouring garbage piles for a loaf of bread is a common scene in the capital city of Caracas. On an average, Venezuelans lost close to 11 kilograms (24 lbs) in body weight last year and almost 90% now live in poverty, according to a survey.

Further, 2017 Human Rights Watch report noted that “the government has been repressing dissent through often-violent crackdowns on street protests, jailing opponents, and prosecuting civilians in military courts. It has also stripped power from the opposition-led legislature. Poor prison conditions, exemption for human rights violations, and harassment by government officials of human rights activists and independent media outlets have made the common citizen of Venezuela livid.” Clearly, human rights conditions in Venezuela have deteriorated to drastic levels.

The Venezuelan crisis sees no end with the re-election of President Maduro. If Venezuela has to regain peace and stabilize its economy, the South American country must commit to getting rid of the socialist approach it has been following until now. Democracy must return to the nation, which will allow healthy and thoughtful decisions to follow up. Venezuela also has to see that other nations come to its aid with food and supplies. People run the country, and if they don’t have food in their belly, the country cannot progress!

Usually, there are a lot of challenges before the oil and gas manufacturers when it comes to introducing their product in the market. More so enhancing its reach in the longer run. Now, that the oil and gas companies have started focusing on their...

The 21st April US Oil prices crash is, perhaps, the most bewildering moment in recent history. The “Monday Massacre” saw US WTI crude being traded for negative $40 per barrel in the international market. Although the US benchmark for oil prices is...