With its gigantic scale of operations and ever-evolving dynamics, the oil and gas industry continues to invoke the curiosity of the global community. From technology to emerging trends, the industry landscape has always something big and new to offer to the world. Since the oil and gas value chain is getting complex with time, we need people who can simplify the conversation around the world of energy for us. This is where writers, journalists, and reporters, play a crucial role. Here we have Dr. John V Bowlus, the Editor in Chief at Energy Reporters, with us today in our series Stories that Inspire.

Dr. John V. Bowlus has always been passionate about the world of energy and writes extensively about energy policy and geopolitics. While working on his PhD in history from Georgetown University, he wrote an in-depth dissertation on the politics and economics of oil transportation in the Middle East. Presently, the Editor in Chief at Energy Reporters, Dr. John has some globally recognized publications and institutions associated with his journey in the oil and gas industry.

Stories that Inspire: In Conversation with Dr. John V Bowlus

How has your experience been with the world of energy?

In a word, amazing. I came to energy through my doctoral studies in history in the 2000s when I started looking at U.S. foreign policy in the Middle East. My advisor was an oil historian and immediately made me passionate about the topic, not least because it was so tangible. One simply can’t understand the region or, for that matter global history since the twentieth century, without understanding oil and energy. I have continued to work on this topic in both academic and journalistic settings ever since. Now, being editor-in-chief and contributing writer at Energy Reporters is a dream job of sorts – I get to write about a topic I love and contribute to what I consider a very important conversation.

What is the most important event in the industry that you have written about, so far?

Carbon capture and sequestration (CCS) may be our only chance to keep the global temperature increase from energy- and industrial-related carbon emissions below 2 degrees Celsius. Renewables have grown rapidly over the last decade, but this has only helped meet new energy demand and failed to dent our use of fossil fuels, which have grown on an absolute scale, even if they remain roughly 85% of total energy use. While there are encouraging signs that renewables will grow even faster, I sense that we should stop hoping that we change or that this change is realistic to implement in developing economies. CCS is a silver bullet of sorts – allowing us to continue to use fossil fuels while reducing emissions. It’s also an admission that we are simply incapable of solving the climate problem. Yet it may be our only shot, and the fossil fuel industry certainly has the money to invest in its development. I will be watching its development closely.

If you had to make people understand how geopolitics shapes the oil industry in very simple words, what would you say?

The primary reason the world has become richer and more populous over the last two decades is fossil fuels. In terms of geopolitics, though, oil is the sine qua non of military power. The military transportation sector – jets, tanks, personnel transport vehicles, and most ships – run on oil. States have naturally competed for oil – Japan’s run to the Dutch East Indies in 1941 and Hitler’s invasion of Russia for Baku’s oil in the same year are the most famous examples. 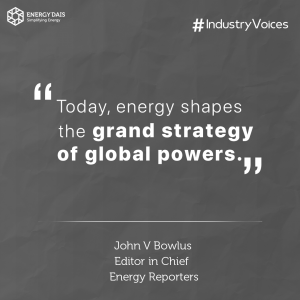 Today, energy shapes the grand strategy of global powers. China backs renewables, Russia oil and gas, and the United States does both, even if for now it is pushing oil and gas. As such, it is unsurprising that China has pushed the Belt and Road Initiative to ensure that it receives oil and gas imports, Russia creates frozen conflicts in states that might compete as exporters of gas, and the United States uses oil sanctions to weaken oil-producing adversaries like Iran, Russia and Venezuela and make more room on the market for its own exports. Global powers also set the parameters of the global energy system, and weaker countries have little choice but to live within them. China is not yet powerful enough to set the parameters and thus has been unable to move the world more towards renewables.

Lastly, states compete within regions for influence and control over resources. China has exerted itself in the South and East China Seas to make sure that others do not develop them. Turkey has flexed its muscles in the eastern Mediterranean. The Arctic is the newest frontier for hydrocarbon competition. Competing pipeline projects in the Middle East and of course transit out of the Persian Gulf are additional areas where geopolitics shapes the outlook of the oil industry.

Why do you think the world needs to understand the energy landscape better? How can writers and journalists contribute to this?

The past teaches us that the global energy landscape can change very quickly. By the early 2000s, the United States was growing increasingly worried about global oil-supply security, but the shale revolution completely reversed this. Russia was the world’s largest producer at the turn of the twentieth century, but internal problems derailed its industry for decades; the same dynamic occurred when the Soviet Union dissolved in 1991 – it took a decade to come back online. Climate change has the potential to upend the entire industry and is already adding uncertainty to the investment environment for oil.

As an Energy Reporter, what is your message to the global oil and gas community?

Oil and gas play a cardinal role in making us wealthier, but most people do not fully understand their scope in today’s world as well as their associated externalities. Political differences and partisanship are at the heart of this misunderstanding, as both left and right are guilty of playing loose with the facts. The global oil and gas community can help through greater transparency and by partnering with those concerned about climate change for creating more sustainable solutions to the global energy challenge.

Stories that Inspire: The ink on oil

Since the time the pen was put on paper, writers have narrated experiences that matter and stories that inspire. When it comes to the oil and gas industry, it is not just about oil prices and the market. A great number of events have shaped the industry as it stands today. Writers help us understand the past that shapes the present.

“By studying the past, we learn that many of the questions we face today have been around for a long time. For instance, the environmental movement got going in the 1970s thanks to the two price spikes. Writers and journalists can, therefore, benefit by understanding the history of energy rather than be caught up in the current headlines. It may be exciting to read that country X plans to be carbon neutral by 2030, but we know from experience this is highly unlikely.”

The conversation with Dr. John brings to spotlight the relevance of geopolitics in the oil and gas industry. How energy shapes the grand strategy of global powers is fundamental to understanding industry dynamics.

We are extremely thankful to Dr. John Bowlus for taking out some time and sharing his journey in oil and gas with us. We hope his story enlightens you and helps you understand the industry better. Most importantly, we congratulate him for an illustrative career as an energy reporter.

(This is an excerpt from an interview with Dr. John Bowlus. The views and opinions expressed are his own and do not reflect the views of Energy Dais.) 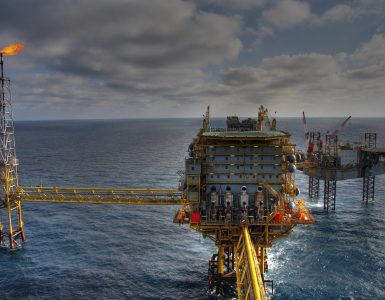 3 Must Take Oil Rig Courses To Begin Your Career

To become a distinguished Petroleum engineer, one undergoes extensive training which includes both on-field and off-field. In today’s world, along with skills, certifications have also become a basic necessity to get accepted in Oil and Gas... 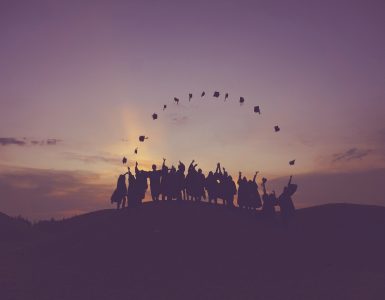 Dear Oil and Gas Graduates – Class of 2020,  We have not seen anything like this before and we understand it’s a lot to take in. With COVID 19 pandemic, the world has taken a dramatic turn. But to successfully respond to a situation, on which... 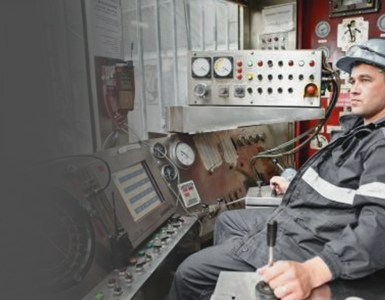 3 Things You Need to Know About Being a Drilling Operator

The corona outbreak has affected the global economy like never before. Due to this many pertinent questions have been raised about the sustainability and career prospects of the Oil and Gas industry. Unlike any other profession, petroleum jobs have...