Global warming. Climate change. Rising sea levels. Melting polar ice caps. These are not new terms. These are an integral part of a lot of national and international debates on climate change. The 2014 Lima Climate Change Conference or the 2016 Paris Accord served as a beacon to every human being around the world. Agreements were signed, and frameworks were set, as every nation pledged to curb emissions. However, at the grass root level, the individual mentality hasn’t adapted to the measures we need to take for climate mitigation. Oil and gas industry, power plants, vehicles are still breathing tons of carbon dioxide into the atmosphere. We are not doing enough. Our planet is burning, and the fire alarm went off long back. In our ignorance, we are still pressing the snooze button like it’s nothing. As if our own house being on fire doesn’t matter!

This article is a distress signal, a hopeless yet desperate scream for the human race to save itself.

The oil and gas industry is as big as it gets. It powers almost everything in this world. From the food we eat, to the plastics we use, vehicles we drive, the roads we make, to daily care products such as vaseline we apply on our skin, are all related to the oil and gas industry. However, our planet has been paying way too big a price for our comforts. To put this into perspective, oil and gas (essentially hydrocarbons) were formed of marine and land organisms, which went through a series of chemical reactions beneath the ground, under extreme pressure and temperature for more than 200 million years. In order to extract usable products from crude oil and gas, we actually undo years of natural processes. In the words of Marco Grasso, “the oil industry is a gigantic time and space carbon conveyor-belt, transporting carbon stocks from a distant geological era embedded in the Earth into the present-day global atmosphere.”

Today, global greenhouse emissions have crossed 40 billion tonnes per year. The oil and gas industry contributes generously to this number. Many oil and gas companies, apart from working very little towards the solution, have also successfully lobbied against climate policy and regulations.

However, thanks to investigative journalism and climate change awareness campaigns, a lot of oil companies have accelerated R&D in low-carbon technologies, and are now cutting down on their emissions. 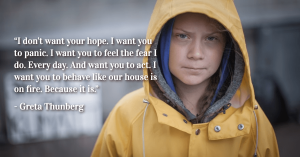 Considering the generous donations to global climate change, the oil and gas industry is now under immense pressure ‘to right the wrong.’ This can be readily seen in the growing trend of oil and gas companies adopting different strategies to reduce the carbon footprint. While supermajor Shell is taking steps to create a green infrastructure, BP Plc is fuelling jets with cooking oil and investing in carbon offsetting projects.

In a major step towards reducing emissions, big oil giants have jointly established the Oil and Gas Climate Initiative (OGCI). OGCI leverages its billion-dollar war chest to work around three main objectives: Reducing Energy Value Chain Footprint, Accelerating Low-Carbon Solutions, and Enabling a Circular Carbon Model. The agenda behind these objectives is to limit the methane emissions generated during oil and gas operations.

Apart from OGCI, a lot of other oil and gas companies are taking the help of processes like afforestation to counteract their carbon footprint.

However, oil and gas companies are still finding it difficult to assure critics of doing enough. In April of 2019, hundreds of climate change activists surrounded Shell’s London headquarters in protest of government’s inaction on addressing the ecological crisis. In another incident, Greenpeace activists in May 2019 climbed up an oil rig bound for the North Sea and declared ‘climate emergency’.

The Point of No-Return

In May of 2019, we helped set a new record. A record that’s been there for almost 800,000 years. Scientists at the Mauna Loa Observatory in Hawaii discovered that the greenhouse gas levels in the atmosphere had hit 415 parts per million (ppm).

So in explainable terms, we did something no species on earth could do in almost 800,000 years. Scientists believe that more than 2 degrees of warming could have catastrophic effects on the planet. A UN committee in 2018 concluded that the world is nearing the critical point of no return on climate change. Rumors are that we have as little as 128 months to save our planet (adds up to 2035), beyond which we will irreversibly continue on the path of the 2-degree rise in Earth’s temperature.

Apparently, the 2-degree rise in the planet’s temperature could trigger certain natural systems, which will then supposedly turbocharge the earth’s average temperature to a 4-5 degrees rise from current levels. This also means that the warming will add another 200 feet to the present sea levels. Needless to point out that all of us with our ‘efforts’ will invariably become part of the drain by then.

Do Something: Even Now

Earth scientist, James Dyke recently penned down an unusual meeting with an elite member of the Intergovernmental Panel on Climate Change (IPCC). Upon asked about what would happen to the millions of people directly threatened as the planet’s temperature approaches a 30C jump, the IPCC member said with a sad, resigned smile, “They will die”. James goes on to say in the article, “We’ve Created a Civilisation Hell Bent on Destroying Itself – I’m Terrified”.

I’m sure that by now, we’ve established the fact that things have become much worse from the time we first learned about climate change and its consequences. If we don’t do something now, there won’t be any of this. It won’t matter who won the FIFA World Cup or who secured a gold medal in the Olympics. This is the time when we all need to band together and do what we can to save our planet, and ourselves. It’s not going to happen in a day. Robbie Anderson records in one of his popular blogs, “We’d all like to wake up one day and hear that someone has come up with the answer: someone can fix the climate problem without us having to lift a finger! We can carry on exactly as we were before, shuffling billions of tonnes of fossilised carbon into the atmosphere every year, cutting down rainforests, and eating our t-bone steaks, without a care, because someone found the switch that makes everything all right. We just need to flick that switch!”

There is no switch, everyone! The alarm has gone off! Act now! 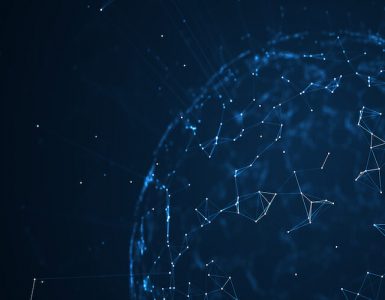 What are the benefits of Artificial Intelligence in the Oil and Gas industry? 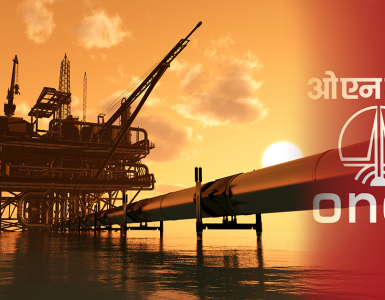 Stories that Inspire with the Former General Manager at ONGC

“Not only had India..set up her own machinery for oil exploration and exploitation… an efficient oil commission had been built where a large number of bright young men and women had been trained and they were doing good work,” said... 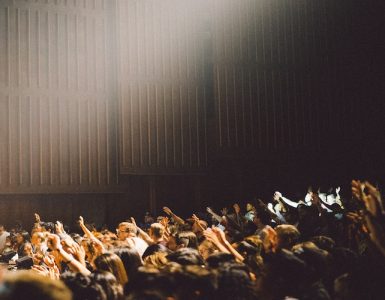