Louis D. Brandeis said, “There are no shortcuts in evolution,” and rightly so. Oil and Gas industry has observed a paradigm shift with the advent of technology and one of the significant ones is the incorporation of Seismic Technology in the exploration and production processes.

It has traversed, the Oil & Gas industry, a long way from using the 2-D seismic which was much popular in the 1980s and then advancing to 3-D seismic which enhanced the results by providing larger ‘acquisition foot-print’. And, as years rolled by and engineers unraveled other potential technologies which gave birth to Depth Imaging and AVO/AVA/Inversion.

A closer look into the past: Conventional Exploration Methods

World Wars led to the facilitation of too many ambitious projects and in 1924, one such project was commissioned and first exploration discovery to use seismic was made in the U.S. But it came to be of practical use in the 1980s with subsequent technological advancements.

One of the methods used to extract oil was drilling. After a well was drilled, oil and gas were extracted by natural pressure from the wells and pumping stations. As technology progressed different methods were incorporated to increase production.

Seismic technology which was first devised by a German mine surveyor, Ludger Mintrop in 1914 in an attempt to predict salt domes, came to the rescue. However, it was the 1950-1980s when Oil replaced Coal and consequently, the process of practically feasible exploration spearheaded. Still one of the widely used conventional methods for exploration remained seismic imaging. Seismic imaging uses the sound waves which bounce back from a possible crude oil or natural gas bearing formation.

The conventional exploration geophysics involves the seismic reflection which presents the contrast of impedance which is the product of seismic velocity and density. Mapping structure and depth to ground were the common applicability of the same technology back then.

A stride ahead from conventional methods

There has been a substantial progress in the seismic technology. It evolved from being two dimensional and took various shapes, be it 3D or 4D imaging or Controlled Source Electromagnetic (CSEM) which is a coupling of Electromagnetics (EM) & Seismic Reflection.

Seismic technology’s ability to fine tune the exploration is one of the major factors for its wide popularity and usage in exploration. Seismic surveys help provide an idea about the structural characteristics, fault pattern and sediment velocity. It helps to create a conceptual model of the site which facilitates in better chances of discovery. Let us discuss some of the new seismic methods:

One of the recently used technologies for marine exploration is to use very intense shots or pulses produced by releasing air under extremely high pressure.  These shots are used by industry during seismic surveys to find oil and gas deposit in the bottom of the sea and oceans. As very loud noise can be very disturbing to the environment, Marine Vibroseis (MV) which has been used successfully for inland exploration is a much viable and less noisy alternative. These are called alternative quieter technologies.

The best contender amongst the upcoming technology in the field of exploration is Drones which fall in the category of Unmanned Aerial Vehicles (UAVs) and are probably the uncontested next big thing in the Oil & Gas industry. One of the most important advantages of such a system is that it is extremely cost effective in comparison to giant mechanical machineries used by the O&G industry. It [Drones] can be used for vigilance purpose and mapping the field for a long time; it is free from human fatigue and the data captured can be archived for future analysis.

If, in the future, we invest in such technologies and try to incorporate amendments in the same by performing various experiments we can arrive at new and advanced technologies for oil and natural gas explorations.

Trained in Electrical & Electronics Engineering, Saurabh decided to move into writing having realized his passion to write about the essence of technology in our dynamic world. His interest areas are impact of Social Media and Blockchain on the Supply Chain in Oil and Gas Industry. 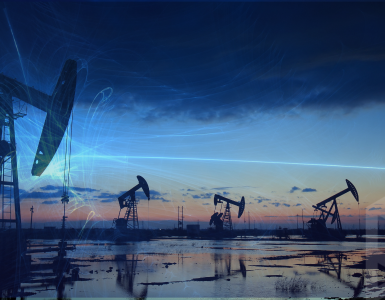 A lot of industries across the world are witnessing a digital disruption of some sort. Digital frameworks are becoming a crucial part of operations. However, the pace of digital disruption in oil and gas industry has been noticeably slow. FactSet...

Seismic interpretation, regardless of whether for hydrocarbon investigation or geotechnical examinations, is the assurance of the geological significance of seismic data. It is uncommon that the correctness of an understanding can be learned, in...

Trained in Electrical & Electronics Engineering, Saurabh decided to move into writing having realized his passion to write about the essence of technology in our dynamic world. His interest areas are impact of Social Media and Blockchain on the Supply Chain in Oil and Gas Industry.