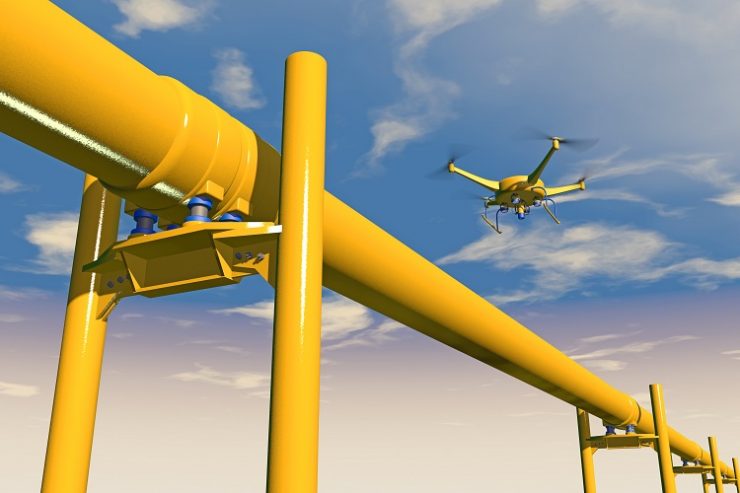 Drones are once again making it to the news headlines, thanks to the Indian market, which recently opened up to unmanned aerial vehicles. With such a huge potential, the demand for drones is undeniably going to soar, with Drone manufacturers ready to exploit the opportunity. While a lot many drone manufacturers have already received a great response in the international markets, it’ll be interesting to know how they perform in India. 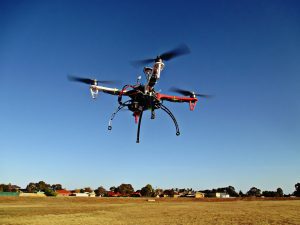 Let’s see which of the drone market players will outshine others. We shall also discuss how commercial drones will benefit the industries. As the blog will near conclusion, we’ll have a look at the deployment of drones in the industrial inspection of oil and gas sector.

One of the most innovative and recognized drone manufacturers in the world is undoubtedly China-based DJI Innovations. The firm has a global footprint, with offices in the United States, Hong Kong, the Netherlands, Beijing, Japan, Shanghai, South Korea, and Germany. A global workforce of innovative and talented minds helps DJI bring about the necessary transformation in the drone sector.

Through its vibrant product portfolio, DJI fuses advanced technology into dynamic designs. The Mavic Series, Spark Series, Inspire Series and Phantom series are some of the most popular products of the firm and finds application in a number of areas. Apart from its high-performance drones, DJI also provides various accessories to upgrade your drones. One of the major offerings in this area is DJI’s Guidance system. This powerful visual sensing system features a powerful processing core, ultrasonic sensors, and the most advanced computer vision algorithms in the world. DJI also supplies advanced flight controllers, robust propulsion systems and other important renovations for drones.

Today, DJI’s drones are used in different sectors such as Agriculture, Energy, Public Safety, Construction, and Infrastructure. DJI has reinvented the way inspection and surveying operations were performed in the industries.

One of the major offerings of Cyberhawk is iHawk, a visual asset management software. iHawk is an intuitive cloud-based software, which enables users to convert the enormous volume of high-definition data captured by drones and other sources into powerful management information. This allows users to make improved decisions. With operations in more than 25 countries, Cyberhawk has delivered up-close visual and thermal inspections at onshore and offshore oil & gas facilities and COMAH (Control of Major Accident Hazards Regulations) installations.

Established in 1916 as Pacific Aero Products Corporation, the Boeing Company is a big name in the aviation industry. It is also one of the largest manufacturers of aircraft systems around the world. Boeing operates in the drone industry through its wholly-owned subsidiary, Insitu. Leveraging its vast experience and innovative technology in the aviation industry, the Boeing Company has been delivering cost-effective, yet robust unmanned aircraft systems through Insitu.

Boeing’s ScanEagle is currently one of the most popular UAV in the medium-sized drone industry. Since ScanEagle is launched through a pneumatic catapult, it removes the requirement of a runway. ScanEagle has been serving the US military from the last 14 years.

Even though the Indian government allowed drone operations only recently, the local drone manufacturers were slowly prospering from a very long time. Now that the regulations have been formulated and the authorities been set, the Indian drone manufacturers are pushing to capture the market with their offerings.

Let us see some of the major contenders from the local players in the drone market of India:

Leading the lot in India, ideaForge is a Mumbai-based drone company, which specializes in micro-UAVs. Established more than a decade ago, ideaForge has become a pioneer in the Indian drone space, providing cutting-edge technology solutions to varied sectors. The company has major offerings in the form of the NETRA (VTOL) series and SKYBOX (Fixed-Wing) series.

Aurora Integrated System (AIS) is one of the most innovative drone manufacturers of India. This local drone player is funded by the TATA group and is backed by the Ministry of Science and Technology. AIS is one of the few companies which develops UAV technology indigenously without any foreign assistance. The firm is majorly focused on small-sized unmanned aerial systems (UAS).

Established in the year 2013, Aarav Unmanned Systems (AUS) is one of the leading drone manufacturers in India. The firm produces drones that are both DGCA regulatory compliant and Digital Sky enabled. This makes them an easy pick for the Indian drone audience. AUS has been actively providing survey mapping and industrial inspection services to numerous clients.

Commercial Drones are witnessing a huge growth in varied sectors, and hold enormous potential, altogether. They are solving a lot of problems for major industries around the world. Drones are becoming a new standard of safety in giant industrial projects. 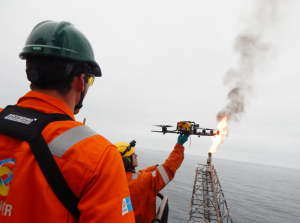 With all that being said, let us see some of the major advantages of commercial drones that can change the way industries have been operating until now:

Deployment of Drones for Industrial Inspection 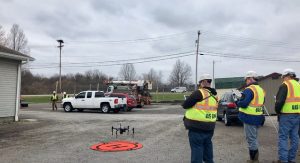 Drone manufacturers have understood that the inspection and surveying is one of the major pain-points for any industry, let alone the gigantic oil and gas industry. They are not only providing drone services but also integrating high-performance and easy-to-use software for the smart assessment of the acquired data. For example, Industrial Skyworks’ BlueVu software employs machine learning and a sophisticated computer-vision algorithm to generate inspection reports, and efficiently track and control inspection workflows. On the other hand, Terra Drone Corporation’s proprietary software, TerraMapper is a data processing tool which brings about efficient and accurate drone data processing.

Today, the industrial inspection has expanded to storage tank inspections, chimneys and flare stacks inspections, oil & gas pipeline monitoring and many other areas. With the consistent advancements in drone technologies, we can expect drones to solve and simplify major industrial problems in the coming times.

The newly opened Indian drone market will undoubtedly attract major investments from all the industry players. That being said, understanding the market dynamics and taking strategic decisions will be a key factor in gaining long-term profits for any drone company. Given the constraints imposed by the Directorate General of Civil Aviation (DGCA), which clearly prevents the direct establishment of any foreign drone company in the country, the collaboration will be a sweet and inevitable choice. Leveraging the technology and equipment used by international drone manufacturers, local drone players can easily take away a huge market share in India. That’s where Energy Dais helps you to find the right business partner.

Energy Dais allows you to collaborate with different companies operating in the drone industry, globally. A cloud-based collaborative platform, Energy Dais enables different service providers to seamlessly connect, not only with other service providers but also with buyers all around the world. Our drone category page enlists the top Industrial Drones Manufacturers & Suppliers from around the globe. A global marketplace for buyers and suppliers, Energy Dais attracts more than 40,000 users on the website.

Finding a company with a good track record and experience in the drone sector is very important for the successful execution of your projects. Energy Dais helps you in connecting with the top industrial drones manufacturers, and get the best quotation. Energy Dais is based on a zero commission and zero referral model, meaning you won’t have to shell out any unnecessary money in procuring drones. The buyers and suppliers can directly communicate through the platform and negotiate the prices, in a completely transparent manner. To register with Energy Dais, click here.

With all that has already been said for drones, its uses and major players in the market, India is all set to experience a major shift in all of its major industries. Drones will rapidly penetrate the market, and the market cap will surely increase for these unmanned aircraft systems. 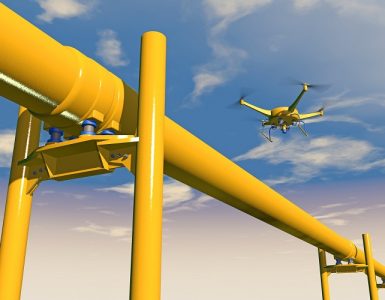 Drones are once again making it to the news headlines, thanks to the Indian market, which recently opened up to unmanned aerial vehicles. With such a huge potential, the demand for drones is undeniably going to soar, with Drone manufacturers ready...

When Electric Cars Will Take Over in India